As part of our large-scale project, which includes the interior design of six new Stena Line ferries in cooperation with the Weihai shipyard (China), our Chinese team celebrated the completion of the 888th prefabricated cabin yesterday. In addition to shipyard representatives, employees of the Stena Line shipping company also took part in the celebrations. The timing of the celebration was truly no coincidence, because the number “8” is a lucky number in China and is of particular importance for our Chinese colleagues in terms of luck and success. With three times "8", the further work in this project should now be at least as lucky as before.

The prefabricated cabins are manufactured in cooperation with our production facility in Kunshan, China. Our Kunshan colleagues supply the kits (walls, ceilings, floors, doors) and the prefabricated wet rooms, so-called pods. The assembly of the individual parts and the furnishing of the cabins takes place in a hall at the shipyard in Weihai, rented by R&M. In this way we keep the logistical effort, the construction time and thus the costs low. The first new ferry of the series - "Stena Estrid" - was handed over to the owner in December 2019 and is currently operating in Ireland. Impressions of Stena Estrid’s interior of can be found here. 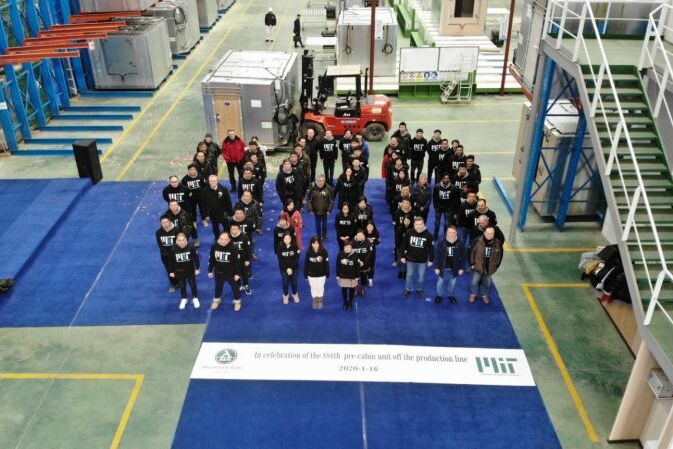 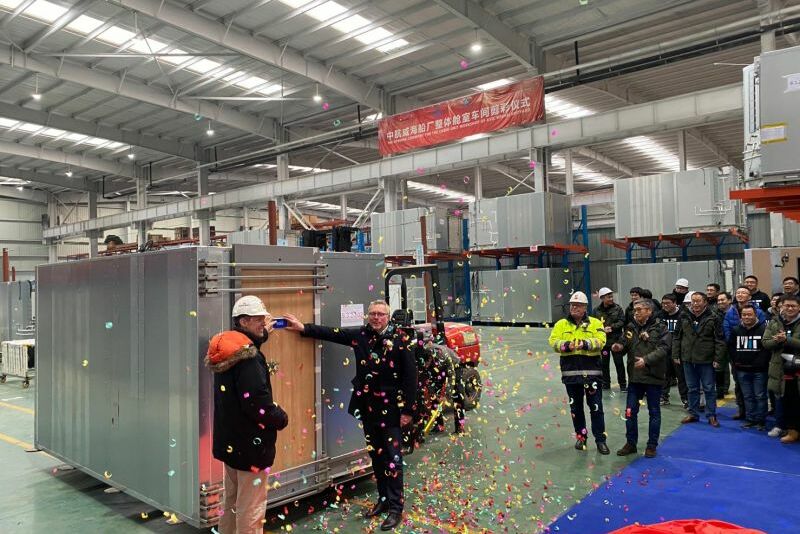 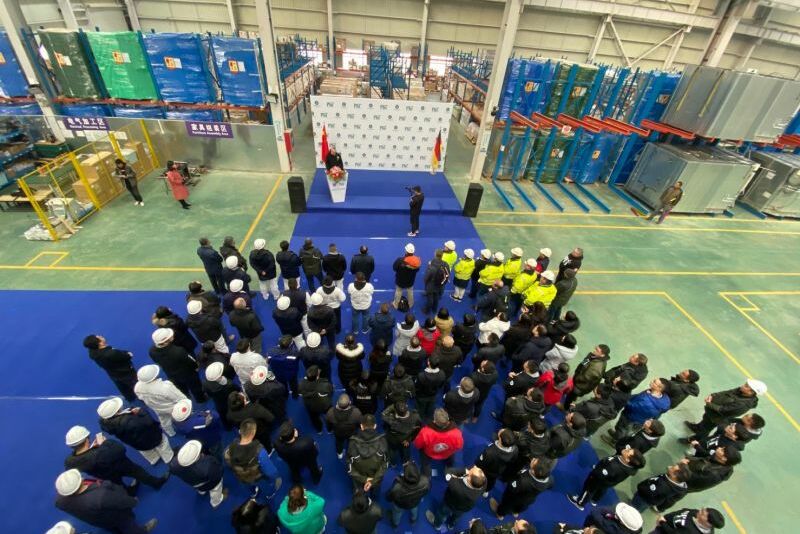