In 2018, TT-Line GmbH & Co. KG, headquartered in Luebeck-Travemuende (Germany), awarded the contract for the construction of an environmentally friendly ferry to CSC Jinling Shipyard in China. According to its own statements, the German shipping group, whose operations started in 1962, transports 900,000 passengers, 180,000 cars and more than 400,000 freight units per year and forms a wide network of ferry connections on the Baltic Sea between Germany, Poland, Lithuania and Sweden. 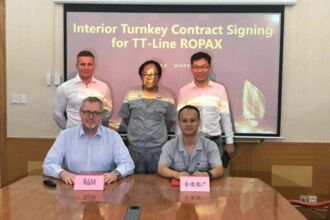 One of the major goals of the TT-Line, which has already received several awards for its innovative technologies and environmental management, is to integrate environmentally friendly logistics solutions and create sustainable transport concepts. Therefore, a “TT-Line Green Ship” has been commissioned. The new ship will also be used for scheduled services on the Baltic Sea and will emit significantly less pollutant emissions compared to the current generation of RoPax ferries. The dual drive concept offers the possibility to operate the 230 meter long and 31 meter wide ship with both LNG and diesel fuel. This reduces particulate matter and leads to lower nitrogen oxide emissions.

From the year 2022, the new ferry, which will accommodate 800 passengers and more than 200 articulated lorries, trailers and containers, is planned to complete the fleet of the shipping company. Also, another ship has been optioned at the Jinling Shipyard.

For the R&M Group the TT-Line ferries are already well known. In 2001, the Group had been successfully involved in the new building of the two ships Nils Holgersson and Peter Pan. At the new “Green Ship” all public areas as well as the passenger and crew cabins will now be planned, manufactured and installed by R&M. Likewise, the galleys have been commissioned, too. The first design drafts and plans have already been initiated. "We are very proud, that we have been able to win this contract for the R&M Group. In addition to the interior turnkey projects on the Stena Line ferries (R&M Article) which are currently being conducted by us in Weihai (China), this project is another major project for us," says Falko Schmidt. 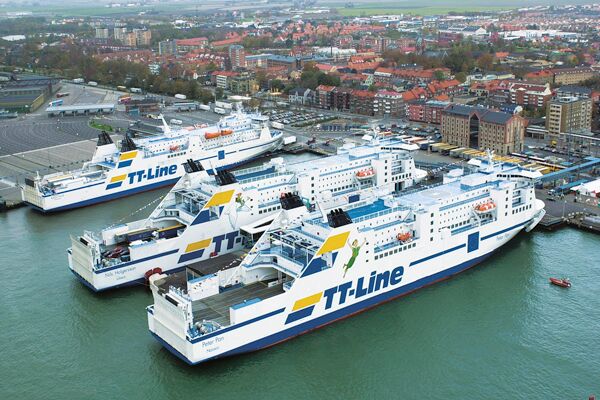