On 2nd of July 2019 began the reconstruction phase of Holland America Line’s former MS Prinsendam. Within only six weeks, the cruise ship was streamlined and redesigned at the Hamburg shipyard Blohm+Voss in cooperation with the R&M Group. Already on the 16th of August 2019, the christening took place in Bremerhaven.

One year ago, the shipping company PHOENIX Reisen bought the ship with the new name MS Amera, which will now be the fifth member to expand the fleet of the cruise ship operator. In 1988, it was built by the Wärtsilä shipyard in Turku (Finland) as Royal Viking Sun for the Royal Viking Line, was sold to the Cunard Line in 1994 and continued to operate as Seaburn Sun until it was operated by the Holland America Line, one of seven operational subsidiaries of Carnival Corporation & plc. The approximately 200 m long ship can take about 800 passengers and about 400 crew members on board and is soon going to be traveling worldwide.

Among the entire project R&M was in charge for various areas on board of this ship, which were partially or completely rebuilt and redesigned. The deck 11 "Schöne Aussichten" received, in cooperation with the shipyard, a sun-protection pergola designed and installed by our engineers. On behalf of Phoenix Reisen, we also built a combination of partially teak-covered benches and flower boxes, which now serve as decorating dividing elements between the new stage and the pedestal and enclose the dining area. The paneling of the stage (bubble wall) was also part of the project.

On deck 9, the "Apollo-Deck", R&M expanded the sauna area, which according to the new concept, is no longer operated gender-segregated but has been merged into a large spa area. We dismantled the walls, removed the existing saunas and installed an ice fountain. The floor, wall coverings and parts of the ceiling have also been renewed. Outside our team installed, in the outdoor pool on the MS Amera, a counter current system and a shower. The old jacuzzies were removed and replaced by modern ones and new tiles laid.

On deck 7, the "Promenaden-Deck", the restaurant "Amera" also received a new design concept. From the carpet to the ceiling, all components were replaced and rebuilt by us. Among others, we supplied a buffet counter, several dividing elements, tables, service stations, a wine cabinet with sales area, a mirror wall and a light channel to separate the two ceiling systems used.

In the outer area of ​​the PHOENIX Bar, we assembled storage cabinets and a bar on the railing of the ship and faced them. To beautify the ceiling, we produced and installed railing rods for sun sails and tarpaulins, which could thus be placed between the girders of the deck.

In addition to the above scope of work, several further orders were carried out by our team in the area of ​​cold storage, insulation and access work. The total investment of the conversion amounted to approx. 40 million Euro according to shipping company data. (https://www.phoenixreisen.com/magazin/kreuzfahrt-news/herzlich-willkommen-ms-amera-in-der-phoenix-familie.html)

After successfully completing the project, the MS Amera was undocked in time on 12th of August 2019. 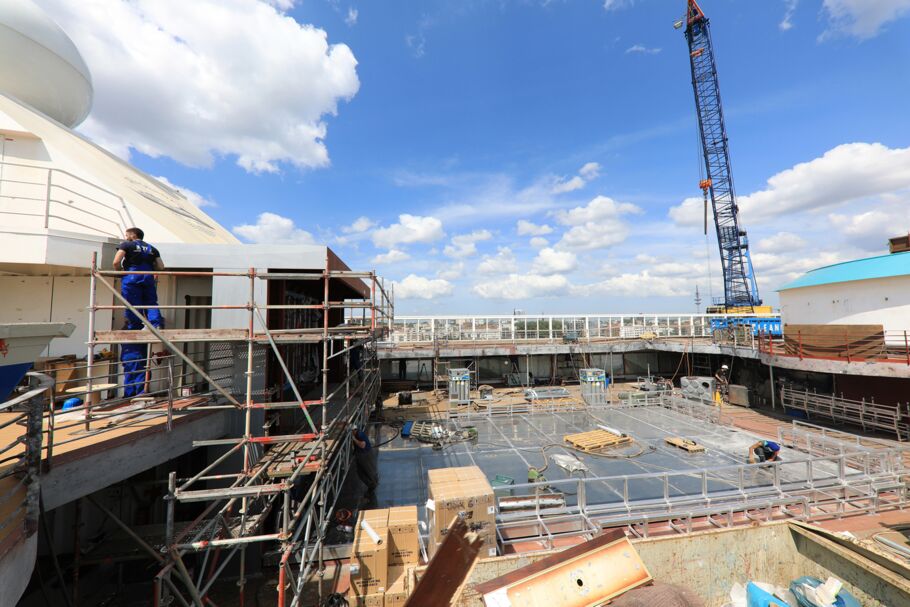 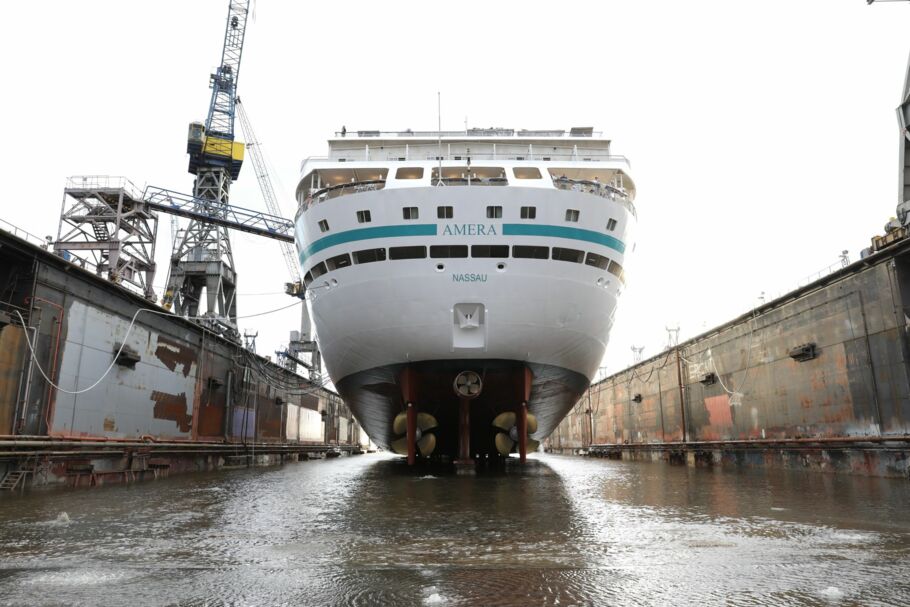